Of late, I have found myself musing over my mortality. Last night, I started calculating the years left in my life in terms of the number of cats I might possess (in truth, I am less certain that I possess my feline companions than the alternate option).

I share a home with several felines. In order of age, eldest first and youngest last, they are: 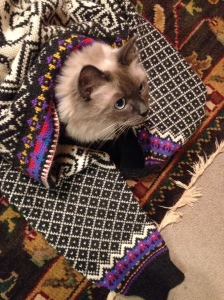 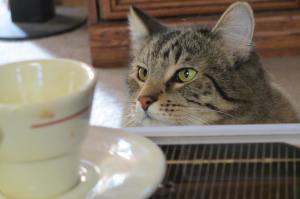 Let’s say that the Skagit cats all live another 10 years, give or take. That will put me at 43-44 years of age. If I adopt another two cats (because let’s face it, four is just too much), each creature will likely live another 16 years.

I could potentially get two more rounds of cats, possibly three if I am very long-lived and able.

Anyway, as I sat in the passenger seat doing the math, I could see my entire future before me. Did I have time to get an orange cat? What about a black cat to replace my beloved Izzy, whom I had given up to a family in Alaska before fleeing the state?

I love Russian Blue and Calico, too. There were so many choices and so many beings in need of safe haven and love.

It was clear that I needed to live a long life and also that I should probably try to relax a little bit.

I can remember my dad telling me about his desire to read as many books as possible before time ran out. Periodically, I think about all of the time I am wasting by not spending several hours a day dedicated to reading.

Am I just frittering away my precious time on this earth?

I don’t think I am, but there are so many hours in each day. Sometimes, I feel that I should be accomplishing much more with each passing hour.

Additionally, I must admit that I am a bit terrified of growing old. All of my joints and muscles ache, and I am still in the early 30s realm of my current decade.

And so I sit musing over mortality on a Monday morning.

I would love to hear your thoughts on this one life we are given; or if you believe in another realm beyond, reincarnation, or something entirely different. 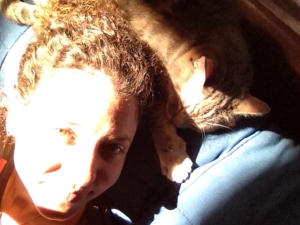