This past week, I was surrounded at all times by friends and many, many family members. It was overwhelming at times, particularly for an introvert. Yet, after everyone left I felt the emptiness far more acutely than I imagined I would.

There was relief, to be sure, but there was also a void.

The void is something I have tried to fill for a long time. I think it is a part of human existence that western culture has quite a bit of trouble accepting. Being a part of western culture, I have learned to feel uncomfortable with my own dark places.

The events of this past year have created several dark holes in my heart, ones that I have desperately attempted to fill.

First we lost Blue, our Siberian husky, the day before my beloved’s birthday. He was fine, running and playing at the dog park on a Sunday afternoon. Then, he grew a bit lethargic over the course of a few days. I brought him to the vet on a Friday afternoon, and he passed a few hours after returning home.

I walked through the desert alone for months, while I tried to convince my partner that we should get another dog. “Fill the void, fill the void,” my heart would whisper to me over and over again.

I searched animal rescue sites until I found a four-legged who seemed to speak to both of us.

We are only going down to look at him, my partner told me as we headed south to Buckeye, Arizona.

Ok, I responded, my heart already drawn to this unknown animal.

We brought home Okami and within 24 hours he had become my shadow, my protector.

Five months later, I made the choice to put him down when he could no longer breathe on his own. Ehrlichiosis, an insidious tick-borne disease, had consumed his body’s ability to create red and white blood cells on its own.

The void this time was even deeper. It took me hours to finally place his body in a grave and then several more before I was able to cover him completely.

It just didn’t make sense. He was only three. I had thought we would have him in our lives for years to come. And his life had been such a struggle. Why would the universe take him away from me when I needed to shed light on the dark places in my heart?

I spent the entire week after burying my Okami searching for his soul in another dog. We brought home a puppy. I poured my heart into her.

As much as I fell in love with baby Naih, I began to discover that the void left by Okami was still present. This time, I was not successfully filling the void.

You honor him by missing him, my partner would tell me each time the tears would begin anew.

At least once a week, I search for him on rescue sites. I have found dogs with similar coloring and yellow eyes, but none of the eyes look at me the same way his had.

Why can’t Naih be enough? my partner asks.

Maybe she should be, but I still feel sad. I am realizing that the love of one being does not replace the loss of another.

So here I sit, deep in the void. I feel the pain course through me, wishing it wasn’t so painfully but also holding onto it because it connects me to him. My new baby lies on the couch beside me, and I love her. As much sadness as I feel, I cannot help but smile when I see her.I know she is not Okami and never will be, and I am learning to accept that I had to lose one love to gain another.

The void is ever present, and I imagine it may endure.

There are some voids that cannot be filled, and I am learning to sit with the emptiness in my heart. 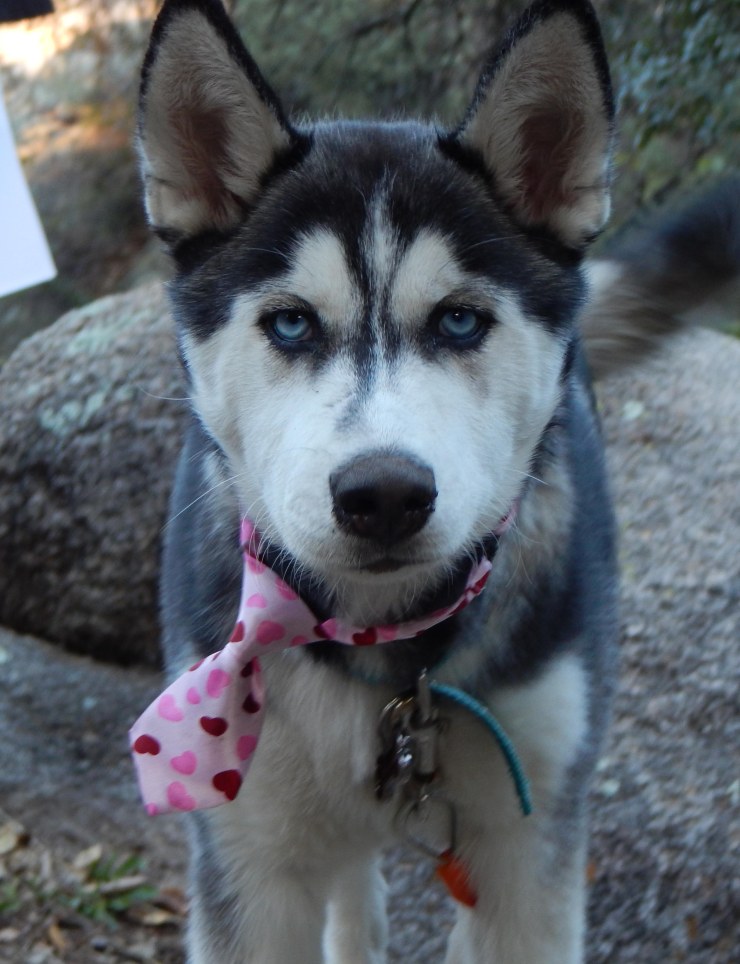