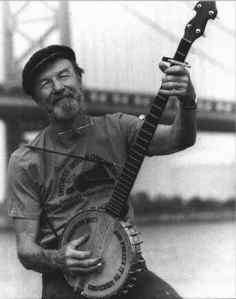 I have recently been stepping back in time, musically rather than metaphorically or even literally (if I could, I just might) and embracing music that had deep meaning for me at different moments in my life.

One particular song that stands out I just began fiddling with on my guitar. It is one that was written during a time period now known by popular radio as “Oldies”. When I was little and my mom and I would drive around, either to my favorite breakfast joint, where I would be showered with attention and suck on hash browns to savor the flavor for as long as possible, or on errands that did not make the cut into my childhood memory bank, oldies tunes were what always played on the radio. And we would sing our hearts out with those artists.

I remember Motown in particular has speaking to my soul, and I belted out those words along with Gladys Knight, Stevie Wonder, you name it. I secretly hoped that someday I would grow up to be a lounge singer like Billie Holiday (ok, Billie Holiday was discovered a few years later, but you get the idea).

Of course, I was harshly ridiculed and chastised by my female peers for listening to Oldies and thus having no appreciation or knowledge of very important lyrics to songs played on popular radio stations like Kiss 108FM. And that was just the beginning, of the rest of my life!

So, it was important when a friend who was self- and community-proclaimed as far “cooler” than myself introduced me to a song written in the era of Oldies and now played by a popular artist, whose name was clearly meant to be my own over the tedious, vowel-charged name given by my parents which haunted me every first day of the school. The teacher would go through name call, and I always knew when he/she had reached me because there would be an awkward pause, followed by the words, “I just know I am going to butcher this one” and sometimes an attempt at butchering unless I was able to transcend my horror to raise my hand before the fall.

You are probably wondering about the artist of which I speak. If you are a child of the 80s, you will recognize the name “Tiffany,” and the song I have been reviving was “I think we’re alone now”. Tiffany was simply the coolest, and I spent long hours jumping up and down a couch and making up what I deemed very professional dance moves to her music. Alas,  I never was able to crimp my hair; however, I am finding that I still have an affinity for music that speaks to the soul – whether that soul is new to this planet or a few more years along the path.

Along the other end of the spectrum were the hours upon hours of listening to Pete Seeger and Arlo Guthrie. This music, I rediscovered toward the end of college thanks to a boyfriend at the time, and I find hope and it has guided me through some dark times. At the darkest of moments, I can listen to Pete Seeger and Arlo Guthrie and find solace and hope in these musical mentors. I was inspired at a recent open mic in Gustavus when a musician in town spoke of Pete Seeger and taught the audience one of his songs, which is a personal favorite of mine, “Well may the world go”.

In middle school, I went through a series of predominantly male artists, whose words were written for me (clearly) – Bob Dylan, Kurt Cobain, Eddie Vedder, Jimi Hendrix, and so on and so forth. In high school, I traveled to the other side and began embracing strong female voices – Ani Difranco (whose music was so fire-lighting in the soul that I up and dumped my longtime boyfriend in a fit of female empowerment…it does happen from time to time for me), Dar Williams, and the Indigo Girls.

In listening to their music now, I think back on years past, and I have to be careful when I hear those words in my head, “that was such a simpler time” because I just know that the high school version of myself would adamantly disagree!

I love the words from the Indigo Girls from their live album 1200 curfews, where one is introducing a song she wrote about an embarrassing episode in her early romantic years. “You have to laugh at yourself because you’ll cry your eyes out if you don’t”.

And as such we pass through each and every day.

marieke sings “calling for you” by iris dement

2 thoughts on “it’s only life, after all”