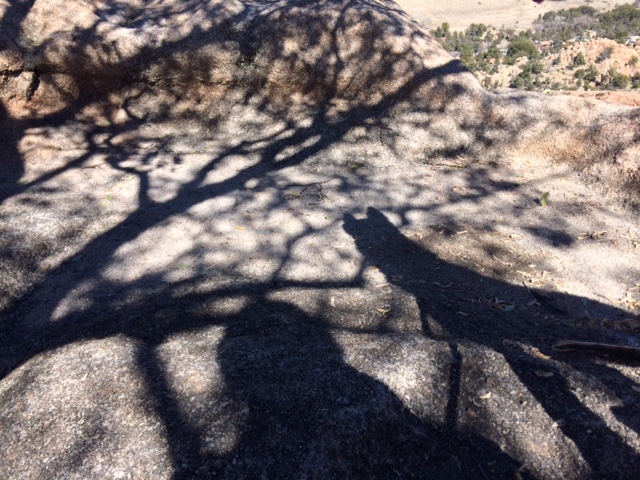 Of late, I have been thinking about anxiety. As you know, I had a run in with a healthcare “professional” who refused to take me as a patient because I take medication for anxiety and panic attacks.

This strange and surreal experience aside, I have been wondering if my anxiety has been getting worse in the past decade. I can recall several instances from my life in Washington where my anxiety and stress levels were so high that I behaved in ways that were foreign to me. I once knocked over a fire extinguisher, which commenced spewing white fluffy stuff everywhere. I would normally laugh at the scene, but instead I grew so frustrated that I threw my tripod. It cost $85 to buy a new head.

Was I going crazy? I had wondered. The therapist I began seeing told me that no, I was not going crazy. I was just living at a heightened level of stress. When your stress level is at its threshold, it doesn’t take much to push you over the edge.

Ok. Where was the stress coming from and what to do about it?

Well, a year after I started seeing a therapist, I began a PhD program, which brought me on a wild and stormy journey to better understand where this stress derived and how a person might create balance and sustainability in their own life. I chose myself as the research focus for creating a sustainable life, and I studied each year in the PhD program to gain insight into the changes I was making to move from one end of what I referred to as “the sustainability spectrum” to the other.

At the beginning of the program, I was having trouble breathing. I couldn’t seem to get through the day without weeping. I was throwing tripods (well, only one, but that was enough in my book). I would move into a panic if anything hugged my neck too closely—a shirt, necklace, scarf, etc. I couldn’t brush my teeth without gagging.

Over the course of several years, therapy, anxiety medication, a new job, divorce, leaving the new job in hopes of one where I would be treated more like a person than a “problem,” several moves across country, and the letters PhD after my name, I felt like I was on the verge of breathing more easily. I had left my job with the government to pursue a career on my own terms and to be united with my beloved in what would most certainly be domestic bliss in geographic proximity.

In the time I have spent in Arizona, there has been much bliss, but there has also been an increase in my anxiety and the way it materializes in my body and mind. Over the past year and several months, I have taken measures to reduce the many things that cause me stress—having a boss and worrying about getting in trouble at work, working with passive aggressive crazy people, not exercising enough and worrying about gaining weight, having too much stuff (a very first-world problem, I know), etc.

I went through an eight-month yoga teacher-training program and began to incorporate a daily yoga practice. I started working with my music partner for real on our business and then walked away when I realized that our definitions of “success” were wildly different and not in the least compatible.

And yet, the anxiety remains.

What can I do to not be swallowed up by it?

In my solitary time, I have been learning what triggers the stress, which has felt like a good start.

My sibling recently came to visit, and I told them I felt like I was even more sensitive than I used to be.

You have always been super sensitive, they told me.

I know, I said. But now it feels like the more self-aware I become, the more sensitive I am to situations and interactions and the fewer defenses I have to protect myself.

My sibling responded by talking about the defenses we created as children in order to survive and how we may not use the same defenses in our adult lives. It was a brilliant notion, and it was another piece to my anxiety puzzle.

I know with certainty that I have spent a lot of time and energy working to shed the many layers of defenses and walls I had created during the three decades I have spent on this earth. I am proud of this work and the fact that I feel less of a desire to create new walls. I feel less of a desire or need to be the person other people think I should be. I am more honest about issues and how I feel about them than I ever was before.

The problem is that since I have not created new ways to protect myself, I am also more vulnerable.

When I was a sophomore in college, I dislocated my shoulder and tore my ACL tendon in a freak ultimate Frisbee accident. Whe rushed to the emergency room, the doctors explained that they would need to cut my t-shirt in order to put my shoulder back in its rightful place.

But it’s my favorite t-shirt, I had explained to the staff through my shock and groggy drug-induced state.

Well, they said, can you put your arm through the sleeve?

I looked down at my limp arm dangling at my side.

No, I had responded forlornly.

They cut the shirt. Eventually, I sewed it back together but could never bring myself to wear it again for fear that it carried some strange energy that might cause me harm.

I think it can be the same with bodies. Our bodies carry the memory of everything we experience. And just because we get older and move on from traumas we have lived through, it doesn’t mean that our bodies forget.

I recently reinjured my shoulder and went to see a physical therapist. During our consultation, she took account of all the pain in my neck and shoulders. I had assumed this chronic pain was caused by my original shoulder dislocation during college so many years before.

She told me otherwise.

The pain you experience in your neck and around your shoulders is caused from your anxiety, she told me.

Really? So, does that mean I could live without pain someday?

She went on to explain that when our brain senses we are in danger, it sends messages to our body to protect us. Our body’s interpretation of protection is to cause tension and even pain in our muscles, depending on how dire the situation.

When you hurt your shoulder on your honeymoon, you felt tenderness and pain for two to three weeks after, right?

This was because your brain was sending the message to your body to make sure you did not do further damage to that area. By creating pain and tenderness in the muscles, your body kept you from moving your arm or doing anything that might cause further injury.

Is that why even now I feel nervous about moving my arm around because it feels weak and might go out again?

Yes. The muscles are still weak, and until you build up strength that feeling of weakness will likely remain. Your shoulder pain will get better as you strengthen it.

This notion, in and of itself, was a revelation, that I might not feel constant pain in my shoulder. But I wanted to know more about how to reduce the chronic pain I experienced in the rest of my upper body. I had just assumed that once a person injured their shoulder, they would be in pain forever.

My neck and upper shoulders have always caused me pain, I explained. Even before my shoulder injury, all of my stress went there. Dislocation my shoulder just didn’t help the situation.

This is because of the way your body has been responding to stress for so long. If you clench your jaw or do not breath fully, your muscles respond.

The way she explained it was like there was a cascading domino effect from one muscle to the next from each way my body responded to stress. And my body had been doing it for so long that it was engrained in that behavior.

So how do I shift this behavior that is so deeply engrained?

The first way to change behavior is by noticing it. Each time you notice you are clenching your jaw, try to relax your jaw and tell yourself an affirmation, something positive. Do the same when you notice you are not fully releasing your breath.

Huh, I thought. It’s like the old adage: the first step to fixing a problem is noticing there is a problem in the first place.

So here I am now with a new assignment: to recognize the ways my body responds to stress, to be kind to myself each time I notice, and to slowly work toward shifting from tension to ease.

I know that this will be no small feat. Changing behavior patterns is a difficult process. But I know from experience that it can be done, and I know that I have what it takes to succeed.

2 thoughts on “Where does stress live?”