“When someone lifts us

He lifts in his hand millions of memories

Which do not dissolve in blood

~ Nelly Sachs, Chorus of the stones

“For every atom belonging to me as good belongs to you.”

~ Walt Whitman, Song of myself

This past Thursday and Friday, I participated in an event at the House of European History called Europeana Migration Collection Day. I found the event from an ad on the right side of my Facebook news feed. This ad was much more a propos than the frilly wedding gowns and other sponsored promotions I have seen in the past. For the two weddings I have participated in, I wore a garment that was neither white nor frilly, and I am not intending on a third event.

I imagine that I noticed the ad because of the word migration. The event took place over the course of three days, when people could go to the House of European History with a story and an object.

Since I am who I am, and I never do anything simply, rarely follow directions, and have trouble choosing just one item, I brought several objects that together share my story of my life as a migrant in Brussels. The staff person conducting the interview asked my name, how I came to Brussels, and for an explanation of the objects that I brought.

I told the story of my husband wishing to pursue his doctorate with a professor at the VUB, a free university in Brussels.

I moved for love, I told the staff person, pointing to my silver wedding band.

For the event, I brought my baritone ukulele, a black sack that holds what I call a “traveling rhythm section,” and sheet music in Brussels where I have been volunteering for just over a year.

My friend Sarah sat beside me. I had told her about the event and that we might get to sing some of the songs we had written, and she had joined me. Sarah is originally from Scotland, and she has been living in Belgium for more than three decades after falling in love and marrying a Belgian man. I met her a little over a year ago on my first visit to an asylum center in Brussels, where she has been volunteering for several years, offering poetry sessions for the residents. We meet at the center every Monday afternoon to offer poetry and songwriting.

Sarah had brought with her two books of poems written by refugees, along with the sheet music for some of the songs we have written with refugees. It was my hope that we might be able to sing one of the songs with people attending the event.

We spent quite a bit of time at the museum, and we were able to convince a couple of staff to sing a song with us. They were reticent at first, but I always encourage people to join in because the more people that sing the less likely one single voice will stick out. If they are nervous about their voice sounding bad, this is as good a reason as any to join in.

We stood in a large foyer with high ceilings. The acoustics were remarkable, our voices echoing and bouncing around the room.

One of the staff in charge asked if I could return the next day when reporters would be in attendance to interview event participants. From my experience learning about startup companies, I know that it is necessary to attend any and all events and introduce yourself to as many people as possible because you just never know which one person might make the difference in helping you move forward. Thought my songwriting in Brussels has been predominantly pro bono thus far, I envision someday being able to apply for funding for myself and for creating an instrument library for the asylum center residents, so they can check out instruments. Many express an interest in learning guitar, and others are very talented musicians but had to leave their instruments behind. I will never forget my astonishment when a volunteer from Italy brought an Oudh he had recently purchased to the center and a resident asked if he could play it. He then proceeded to perform a piece of music with the ease and agility of a musician who has been studying an instrument for many years.

The objects I brought to the event represent my belief that it is my role to bring as much music into the world as possible and to do this by creating a safe space for people to share the spoken stories of their lives and then guiding them through the creative process of shaping their stories into songs.

It wasn’t until well into the second day of the event that it occurred to me that the call for stories and objects might have encompassed an entirely different sphere of my life story and that of my own family.

When I returned to the museum the second day, I spoke with four different. While I was being interviewed by the second of the four, the staff person in charge who had asked me to come back for the second day of the event came over and asked if she could add my ukulele to the display. I acquiesced.

After my third interview, I walked over to look at the display. There sat my ukulele, looking very new beside several family heirlooms and antiques. There was an ornate silver urn with a swan on top, a well-worn traveling trunk, and what appeared to be a family tree, inked atop a long piece of parchment. In front of the table sat two tiny antique chairs with intricately woven seat cushions.

I hadn’t realized that people would bring objects that told the story of their family’s migration to Belgium. It had never occurred to me to bring anything other than my ukulele, and I told the staff person as much.

I guess I should have brought something old.

That is the beauty of this event, she said. There are all kinds of objects, both new and old, which tell our story as migrants.

Well, I grew up playing classical piano, but pianos are a bit difficult to move around. I was lucky to discover the ukulele.

Does piano playing run in your family?

No. I was just drawn to the piano when I was very young.

How did you find the ukulele, she asked, and where did yours come from?

I learned about the ukulele from two musicians at a writing workshop I went to. The company that made it was based in Washington State.

We were standing talking in a little group with the reporter who had just been interviewing me. She began telling her own story of being a migrant to Brussels.

Being rooted is a gift, I said. Most of my family stories and their belongings have been lost along with members of my family, who were killed in the Holocaust. My grandparents brought with them only what they could carry.

The staff person’s eyes misted, and she raised her hand to hover over her chest, her breath catching on an inhalation.

You almost made me cry, she exclaimed. Did you tell this part of your story to the other reporters?

No, I said. It hadn’t even occurred to me to tell them because I was so focused on my own story of being a migrant.

You can tell me now, the reporter said, starting the voice-recording app on her phone.

So I told her that my grandparents on my mother’s side were from Poland and Latvia in Eastern Europe. They had been the lucky few to be able to immigrate to the United States, my grandfather illegally through Canada and my grandmother through Ellis Island.

I continued, telling her that I had moving for most of my adult life and thought of myself as a modern day wandering Jew.

When I found out about this event, I didn’t think about my own family’s story of migration. They risked everything to get out of Europe, and now here I am voluntarily returning. I wonder what they would think. Would they be horrified? Thankful that so much has changed?

It’s kind of like coming full circle, she said.

It’s difficult to choose one story and one object to share, I said. I think that each person is made up of layers of stories from their own life, as well as the stories of those who came before, I said.

I remember reading the book, A chorus of stones, by Susan Griffin (1992) and being very moved by her notion that every object holds memories.

I am beginning to believe that we know everything, that all history, including the history of each family, is part of us…. For perhaps we are like stones; our own history and the history of the world embedded in us, we hold a deep sorrow within and cannot weep until that history is sung. (pp. 5-6) 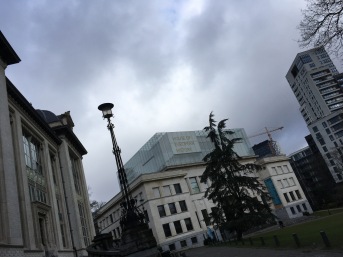 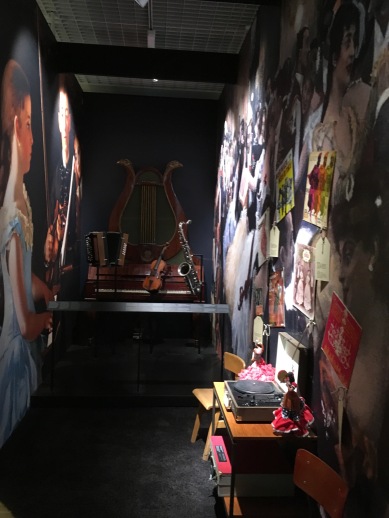 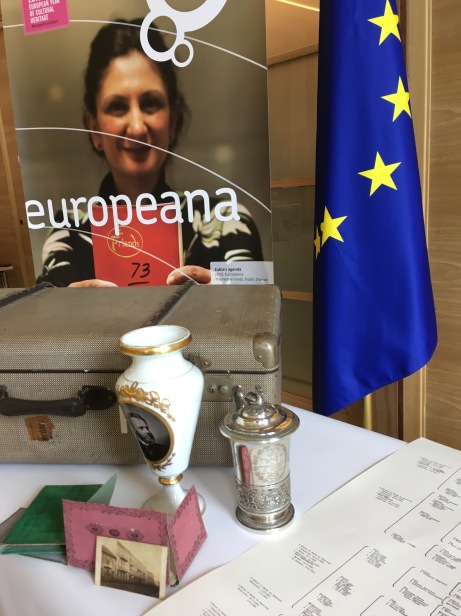